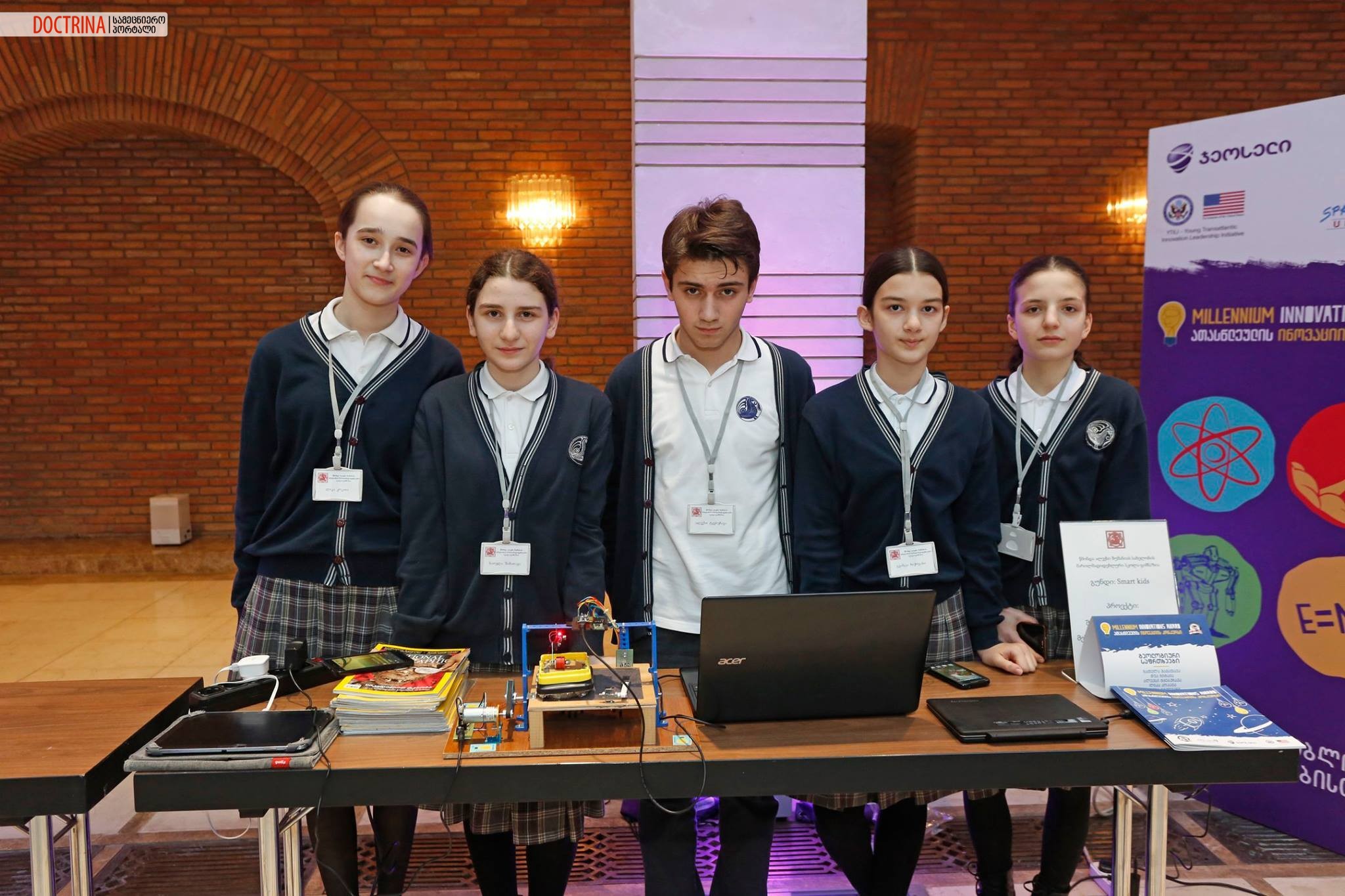 “Smart Kids”, the team of Georgian school students, was named a winner of the Millennium Innovations Award – MIA competition on February 27 of the current year.

The competition aims to encourage young people in STEM fields. It will promote the development of these fields in the country. In April, the team will travel to the US NASA space center.

“Doctrina” has interviewed the team members as well as their mentor Uta Kilasonia. 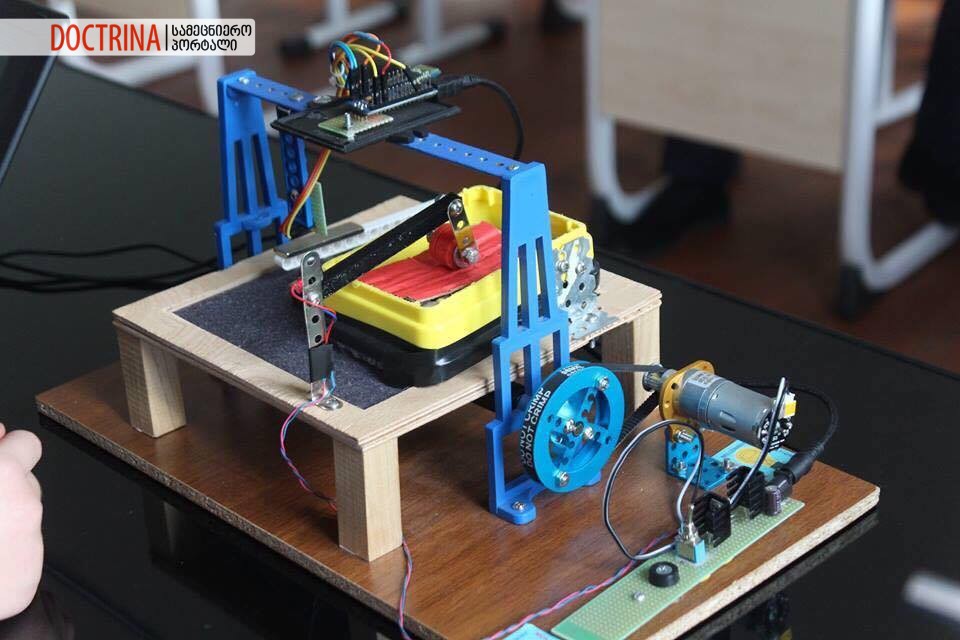 “Our project – ,,geologic hazards”, aims to predict  danger of a landslide. This device is a notification system. We have used the Hall sensor, which shows the changes in magnetic field strength. Our project has many advantages: it’s cheaper, it’s suitable for all kinds of terrain, it’s accurate and reliable one. The most important thing is that it can be produced and introduced in Georgia. Magnets are placed on the ground, in a small ditch, Hall sensors are placed above the magnets, few millimeters away from them. The magnets are connected to a micro -processor and information is transferred to the central server by using the GSM System. An app that enables us to regulate the ground vibration limits, is loaded in tablets. When the ground vibration exceeds the limit, the device automatically sends messages to the mobile phones of registered population. It should be noted that the sensor device has no analogues in the world. This idea came to us due to the 2016 disaster in Senaki, the August flood and mudflow affected the district, in particular, the access road and the bridge of our school-gymnasium was collapsed”- the students said.

“We have studied the current equipment that cost millions of Gels. We think, that our device is cost-effective for the state. It costs just about GEL 10 000, and is more accurate than the existing ones, “- Uta Kilasonia, the team mentor, said.

The device is scheduled to be installed on the territory of Nokalakevi Protected Area and Archeological Museum.

It should be noted that the sensor device, created by the young Georgian school students from Senaki district, has a great response and positive assessments from the scientific community.

The young inventors will travel to NASA to undergo the educational program of the University of Space Center.