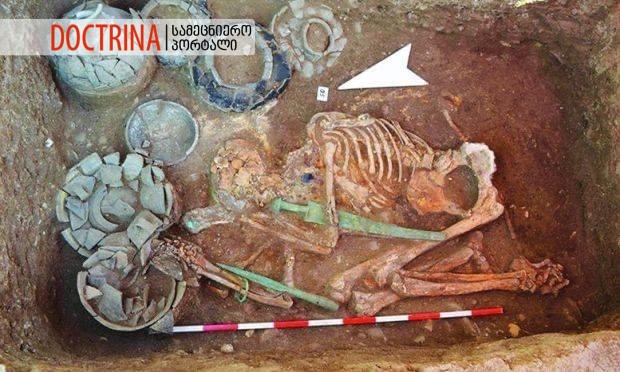 The study of the sample discovered in the Satsurblia Cave, Tskaltubo Municipality of western Georgia has revealed the genomes of humans, wolves and bisons living 25 000 years ago.

Material precipitated on the bottom of the cave for millennia has preserved the ancient human genome, or genetic material stored in the body cell. The research continues in an active manner, but the analysis revealed traces of a woman who lived 25 000 years ago, during the Last Glacial Period. Although we do not know much about her, this woman is an important scientific achievement.

The study is led by a researcher and archaeologist from the University of Vienna, and although only a small fragment of the female genome has been recovered, researchers could identify that she was a member of the previously unknown group of modern humans. This human group is currently extinct but has contributed to the development of the present-day Europeans and Asians; This fact became known after her genome was compared to the genomes of modern humans.

“Our findings provide new insights into the genetic history of three species of the late Pleistocene and show that direct sequencing of DNA in sediments, without targeted enrichment, can give us genome-scale data on ancestry and phylogenetic relationships,” the researchers write.

It is noteworthy that in addition to human, wolf and bison genomes, stone tools were also found in the Satsurblia cave, which are more durable than bone and are a source of additional information. We can assume that the cave had been actively used by humans for a long time.

As for the wolf genome, it turned out that the wolf species changed completely during the Last Glacial Period, about 11,000 years ago. The bison genome found here has revealed that it matches the genes of bison currently living in Europe and Asia, but not in America. It turns out that this genome has divided into two branches.