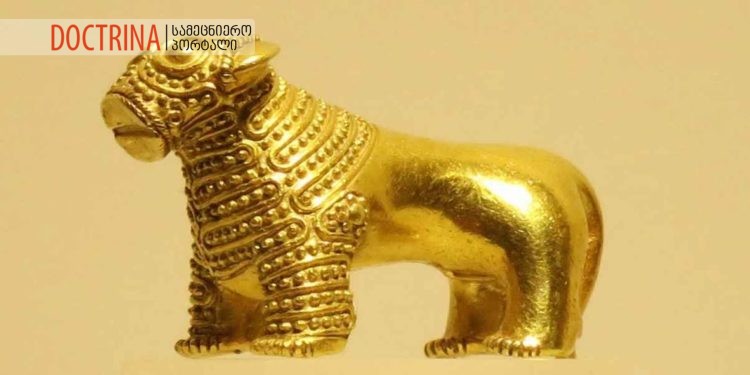 Everyone is well aware of the fact that Georgia is the hearth of ancient civilization and culture. This is evidenced by the many discoveries made in recent years, and the world’s leading scientists firmly acknowledge the important role of our country in the world history. Along with many unique discoveries, the five most important discoveries have been made in recent years, which have radically changed the history of the world and highlighted the importance of Georgia’s role.

Georgia is the homeland of the first European! Yes, it is! The cradle of all Europeans was once in Georgia and the first Europeans left our territory and moved to the west. A sensational discovery was made in the 90s of the last century – the bones of a man and a woman, which are 1.8 million years old! Scientists have called Homo georgicus Zezva and Mzia and proved that we are dealing with the oldest representatives of the remains found outside Africa.

It is from this discovery that we can boldly assert and be proud – European civilization originates in Georgia!

Somewhere in the Paleolithic times, on the territory of the western part of modern Georgia, a human being invented the thread. From today’s perspective it is a very ordinary and simple invention, but еthen it was vital to ancient human beings. Using thread, humans have improved their clothing and footwear, which has doubled their chances of survival. Until now, the oldest known thread had been found in Czech Republic and it was made of nettle. But the Georgian linen thread, discovered in 2007, is almost 5 000 years older than the Czech one!

Georgia is the homeland of wine! In 2017, archaeologists discovered the evidence of the world’s oldest wine. Science Alert has reported that the discovery dates back 8000 years, which means that the wine is almost twice as old compared to the wine, discovered in Iran, which was the oldest known wine, dating back 5000 years. This incredible discovery belongs to researchers at the University of Toronto and the Georgian National Museum. It is noteworthy that the wine has been discovered in the fragments of ancient clay vessels. Debris containing wine droplets was found near Shulaveri Hill near Tbilisi. Lab tests have shown they are wine droplets, which means that we are dealing with a sensational discovery – the oldest wine of the world has been found in Georgia!

It could not be surprising, since Georgia is the country of Golden Fleece, Colchis was actually a real country located in the western side of modern Georgia. These facts are evidenced by the recent years’ discoveries. The unique gold items found in Vani and the Sakdrisi mine confirm that the Georgian goldsmith’s work played an important role in ancient civilizations. Direct connections of Georgian culture with Egypt have also been evidenced.

To the question about the place where the metallurgy was invented, the archeologists name Western Asia and India as the cradle, where people actively used iron tools in 2nd-1st millenniums BC.

But the Bible mentions that the inventors of metallurgy and smith craft are the representatives of an ancient Georgian tribe called Tubals. The tools made by these people were spread throughout Assyria, Mesopotamia and Greece. This opinion can be observed in ancient myths as well: a Georgian superhero Amirani was the son of Dali, the goddess of hunt and an ordinary, mortal man. According to a legend, Amirani taught the people how to forge iron.

It’s also worth to mention that not far from the resort town of Borjomi, in southern Georgia, the archaeologists have found ancient clay pots with the remains of honey in them. They are about 5.5 thousand years old, almost 20 centuries older than the honey found in Tutankhamun’s grave.