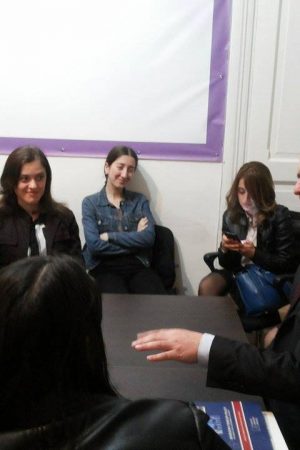 Thirty US Congressmen have addressed President Donald Trump with a letter to celebrate the 25th anniversary of diplomatic relations between Georgia and the US and a strong strategic partnership between the two countries.

“Today dozens of my colleagues joined me in sending a bipartisan letter to President Trump commemorating the 25th anniversary of diplomatic relations between the U.S. and Georgia,” said Congressman Ted Poe. “For the past 25 years, Georgia has been one of our most steadfast partners in an increasingly turbulent region. As co-Chair of the Congressional Caucus on Georgia, I have seen firsthand the strides that Georgia has made in developing democratic institutions and strengthening economic growth. Such accomplishments are made even more impressive considering that Georgia has had to maintain the safety and security of its citizens in the face of ongoing Russian aggression. Despite such challenges, Georgia remains a vital U.S. security partner. I proudly stand with Members of the House Georgia Caucus and friends of Georgia to reaffirm this valued partnership.”

In addition, the Congressmen call on the President to start negotiations on free trade agreement with Georgia and to deepen a high level dialogue on trade and investment issues for this purpose. The Congressmen also call on the US President to continue supporting Georgia’s accession to NATO. The letter emphasizes the strong strategic partnership between our countries and the need for the US to further deepen this partnership.

“I am glad to celebrate 25 years of diplomatic relations between the United States and Georgia, and urge the Administration to reaffirm this important partnership,” said Congressman Connolly. “Whether building its own democratic institutions, fostering economic growth through trade with the U.S., or contributing troops to regional security efforts, Georgia has been and continues to be a valued and strategic partner.”

Georgia is hosting various events celebrating the 25th anniversary of strategic partnership between Georgia and the United States of America.

Within the framework of the “Common Past, Common Future”, the US Alumni Leadership Forum was held at Ivane Javaskhishvili Tbilisi State University on April 28. The event was opened by Georgian Prime Minister Giorgi Kvirikashvili who delivered a welcoming speech. The meeting was also attended by United States Ambassador to Georgia Ian Kelly.

PM Kvirikashvili emphasized American academic communities’ great contribution to Georgia’s development and to the education of the future leaders of Georgia.  US Ambassador also drew attention to Georgian-US long-term successful relationship and noted that a very deep and well-connected relationship was established between the two countries within these 25 years.

The forum was also attended by Giorgi Shervashidze, Rector of Tbilisi State University. He noted that there are more than five thousand students who have received education in the US through these exchange programs. According to him, this fact once again emphasizes the efficiency of the cooperation between the two states.

“In 1987-1988, the first team of Tbilisi State University students has left for the US. All of them are very successful. Every dollar Americans have spent in this direction is a successful expenditure and hopefully, the [the US] will continue providing such large-scale assistance, “– he noted.

A discussion has also taken place within the US Alumni Leadership Forum. The event was attended by Koba Gvenetadze, President of the National Bank of Georgia, Nika Samkharadze, representative of the Georgian Parliament Administration and Eka Metreveli, President of Georgian Foundation for Strategic and International Studies. 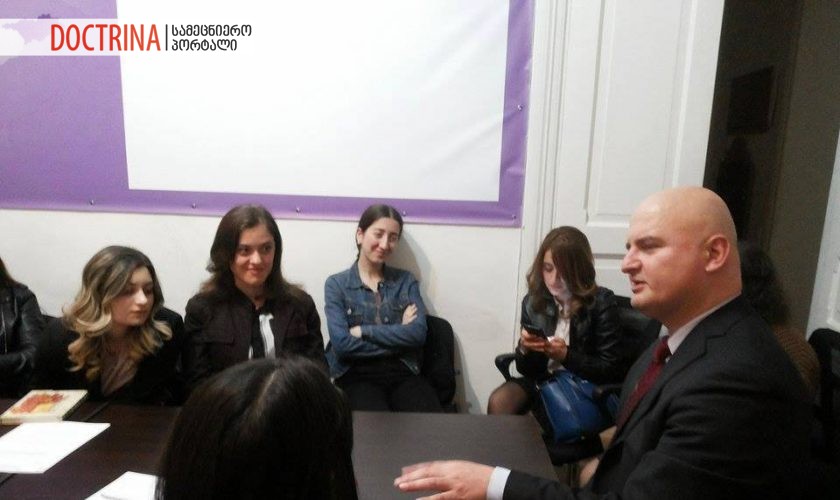 Young Analysts and Scientists Hall “Doctrina” has organized a meeting with academic doctorate of politics Korneli Kakachia. “What we should expect from the new US administration?” – was the key topic of the meeting, held on April 21.

At the meeting the political scientist discussed the history of the Georgian-US relationship. This topic is especially actual one, because the 25th anniversary of the US-Georgia Diplomatic Union is celebrated in recent days.

Korneli Kakachia talked about the initial relations, when the cooperation started during Georgian President Eduard Shevardnadze’s time in power and then, the cooperation between the two countries deepened under Mikheil Saakashvili’s presidency. However, he also noted that the strength of relations was triggered by individuals and not by the strength of state institutions and it should be considered as weakness of Georgia.

“The truth of the fact that Georgia is the part of Europe is not questionable for the United States,” – the political scientist said.

It is notable that when Georgia and America started the relationship, Georgia did not have a diplomatic corps and special interest was caused by the repatriation of the transit country.

According to Mr. Kakachia, one of the stages for boosting relations is the Rose Revolution, which has led to great interest not just in the United States but in the whole world.

“We are wrong when we say that the US is our ally, this is wrong, we will be ally in case we join the NATO, now it is our strategic partner.

The Georgian people often ask : why the US did not interfere in the August war. The thin is that the US has its own national interest. However, it has provided, and provides, other types of assistance,” – the political scientist said.

The discussions have also touched upon the current agenda and policy towards Georgia. According to Korneli Kakachia, even if the US-Russian relations become warmer, in fact, there is no danger that it will have a negative impact on Georgia.

The political scientist talks about a lack of diplomacy from the Georgian side and says that the Georgian-US relationship has become colder due to the incorrect strategic moves, such as less engagement of experts and researchers and nonperformance of field work. Also, a main weakness of Georgia is the absence of lobby, for example, our neighboring Armenia, has a very powerful lobby in the United States.

In addition, we should not forget that there are many in the Congress, who are isolationists and say, – “Why should the US help Georgia?” But there are many who know Georgia well, for example, the current Secretary of Defense, who knows our country’s role in the international mission in Afghanistan,” – the expert said.

According to Korneli Kakachia, it is too early to talk about what kind of policy Trump will carry out, because his administration is not fully established.