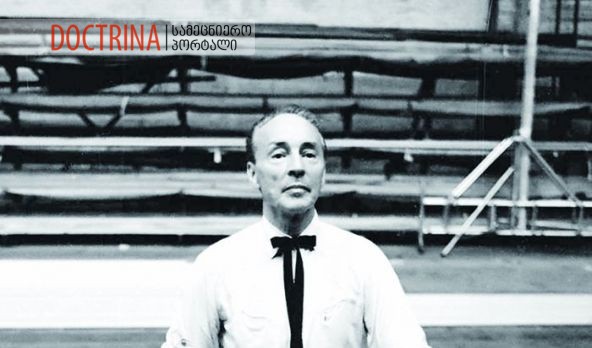 What did Georgians create for the United States in the 20 th century?

In 1955, the number of first- (1921-1939) and second-wave (1945-1950) of Georgian immigrants in the United States did not exceed 300, although even this small diaspora had a major impact on the entire US military or civilian life. First of all, we would like to name the Georgians who created 5 sectors in the United States :

Giorgi Balanchivadze, also known as George Balanchine (1904-1983), was an American-Georgian ballet master, the founder of the United States National Classical Ballet. He is recognized worldwide as the greatest choreographer of modern times.

Alexandre Kartvelishvili, also known as Alexander Kartvelishvili (1896-1974) – Founder of the United States Military Aviation. While studying at the Faculty of Aviation Engineering in Paris, one of the planes he created (Bernar-Februa V-2) broke the record for the world’s fastest plane. His name is also associated with the creation of the first metal aircraft (P-35) and most importantly, development of the bomber – Republic P-47 Thunderbolt – which gave the US victory in World War II and which is still considered exemplary in the world military aviation. Alexandre Kartvelishvili has been awarded the US National Medal of Science for his contribution to the history of aviation. 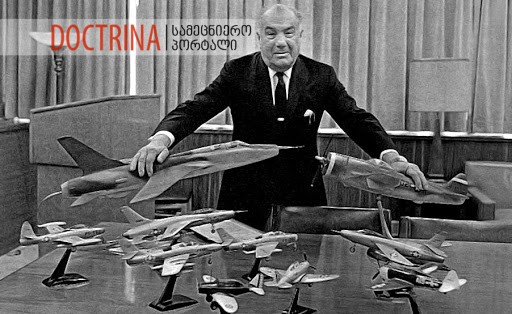 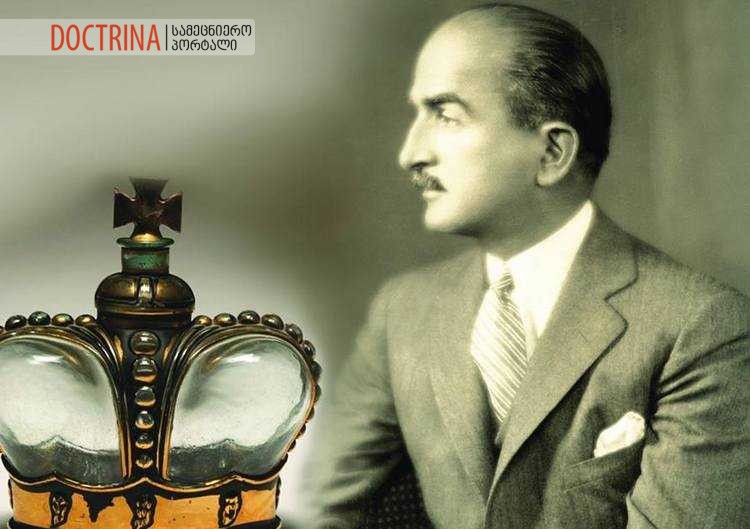 Grigol Kobakhidze, also known as George Coby (1883-1967) – he has developed the United States glass medicine industry, Christmas tree glass candles and started production of Christmas tree toys. He opened his own factory in 1919 in Massachusetts. In 1922, he revived his own enterprise – Coby Grass Products Company, which has been operating since that time. Up to 70 inventions and unique patents introduced by its founder – Giorgi Kobakhidze made the company more valuable and prestigious. For example, he invented waterproof cement and a super-resistant glass block. He was the first Georgian multimillionaire in the US. He also created chemical-filled electric candles that replaced the real, fire risk candles that Americans had previously lit on Christmas trees. ” Coby – this is Christmas” was written on Christmas tree toys. 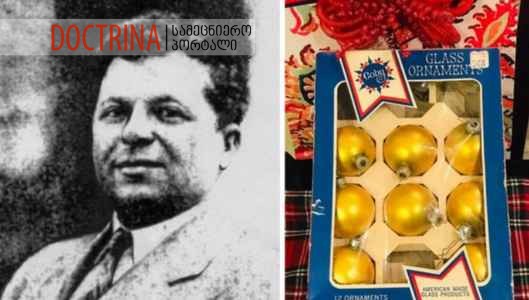 Constantine “Connie” Sidamon-Eristavi, (1930-2012) – Georgian Vice-Mayor of New York. This is how he is described in the New York Times: “He was one of those leaders who was both an effective ruler and a very popular leader. A worthy man with an impeccable reputation, with perfect logical skills.” 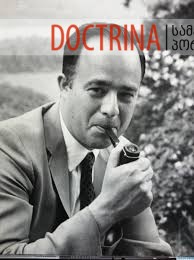 According to Mr. Riley, “it is Connie Eristavi’s merit that today New York is supplied with clean water and not only water but also land, soil and the whole environment are protected in its surroundings.” Projects approved under his patronage are still working in the city. Constantine Eristavi founded the famous organization “American Friends of Georgia” in 1994, which has provided great assistance to our nation in the field of education, medicine and humanitarian aid, and this assistance continues until now. 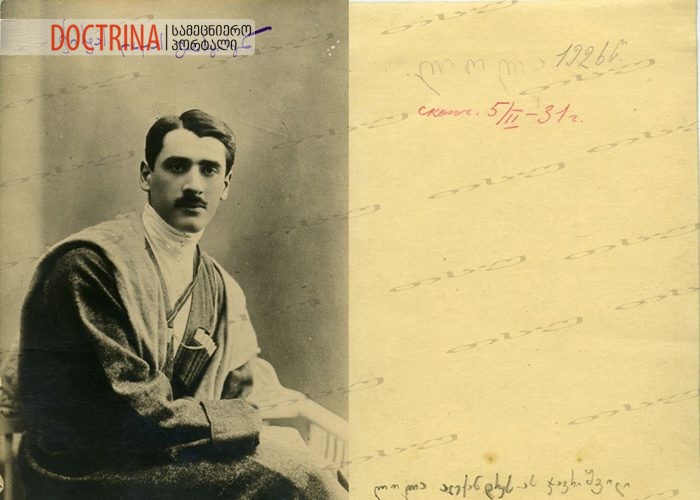 Many people may know Georgian mathematician, metallurgist and sportsman – Giorgi Nikoladze. However, not everyone knows about his world-wide invention.

Giorgi Nikoladze, who was born in the family of Niko Nikoladze, a well-known Georgian public figure, was born in Didi Jikhaishi and died at the age of 42.

After graduating from the Kutaisi Gymnasium in 1861, Nikoladze continued his studies at the Faculty of Law of St. Petersburg University and actively participated in demonstrations in 1861, for which he was arrested and expelled from the university.

He initiated the idea of ​​creating the first gymnastics community in Tbilisi in 1918, and he established the term “gymnastics” in the Georgian reality. In the same year, Nikoladze started working for the Ministry of Trade and Industry, but soon left his job and became the head of the Faculty of Natural Sciences at Tbilisi State University.

Nikoladze was fluent in English, French and German along with Russian, which made it even more easier for him to travel freely abroad and cooperate with foreign editions.

In 1926-1928, Nikoladze went abroad for two years to defend his thesis and inspected the first electric calculators exhibited in Paris. The self-taught mathematician came up with the idea of ​​creating an electric calculator that could perform addition, subtraction, multiplication and division operations.

Despite many offers, Giorgi decided to return to his homeland and to realize his invention here. But the only thing that we know about that period is that his first model was exhibited at Moscow University until 1936, although his fate is unknown.

It is interesting to mention that Nikoladze had a penchant for geometry and mathematics since childhood, but he has not passed any special training program in this field, which surprises us even more. He was fascinated by poetry and wrote numerous works. In addition, he gave us an in-depth analysis of the artistic work of Ilia Chavchavadze and Grigol Orbeliani.

Nikoladze died of bilateral croupous pneumonia. Unfortunately, the exact date of his death is in question, according to some reports, he died in 1928.  “Great people must not be neglected,” said Niko Lortkipanidze, and it is unfortunate that so little attention is paid to the distinguished figures of different eras, whose names are forgotten. 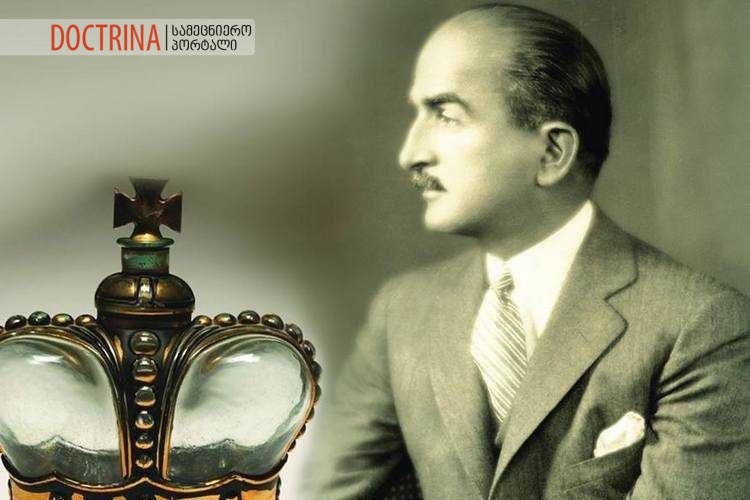 Georgian inventor, chemist and politician, Giorgi Machabeli, is known worldwide as The Prince George Matchabeli and his name is associated with the perfume line developed in the United States, which is why he is often referred to as the “Princess of Perfumes”. The nephew of the famous translator Ivane Machabeli is buried in the Long Island Cemetery in New York, and the perfume line created by him remains one of the oldest and the most demanded perfume products in America.

In 1922, Machabel moved to the United States and opened an antique shop in New York, named “Red and Black” after Stendhal’s novel, where the couple sold a variety of antiques, including Persian  carpets, furniture, Italian and Spanish jewelry. However, later, when he released his first perfume – “Princess Norina” dedicated to his wife, his success overshadowed the antiques business, which pushed Machabeli to take a serious interest in perfume production.

“I make perfumes for America, the Parisian prices of which have never been so acceptable here before, but, in fact, I spent my whole life in the field of chemistry creating perfumes, but just for my own pleasure, however the demand for them was so great that I decided to turn it into business.” (George Machabeli, 1928).

Machabeli was often in the media spotlight, The New-Yorker reported in the 1930s that he used to politely hinting  to women if he noticed that they were using an inappropriate perfume and sent one of his products to them showing his respect. In the future, if he noticed that one of those women was still using the old perfume, he jokingly said, “you have not been loyal to me.”

Despite his successful business activities, Machabeli continued to be active in the public sphere and he was one of the first initiators of the establishment of the Georgian community in the United States. Giorgi Machabeli died of pneumonia in 1931, after which his perfume house was first handed over to a physical person and then to the Vicks Chemical Company, although the last product of the perfume house was released in 2002 and still bears the name of Prince Machabeli on the market. 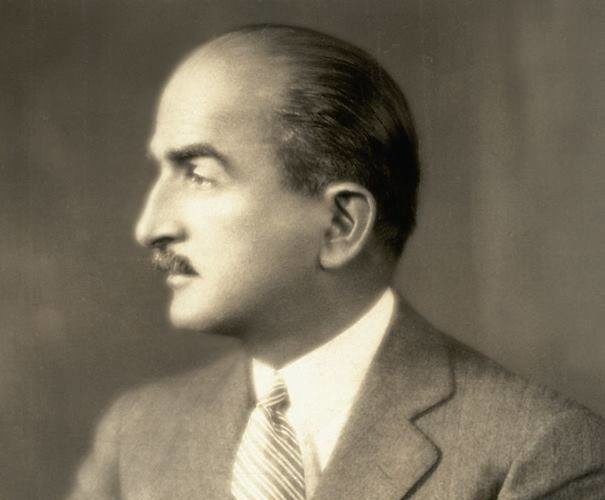 Georgian inventor, chemist and politician – Giorgi Machabeli  is known as The Prince George Matchabeli. His name is primarily connected with the a perfume line created in the United States, and due to it, he is often called “Princess of Fragrance”. Nephew of famous translator  Ivane Machabeli was buried in New York at Long Island Cemetery. As for the perfume line, created by him, it is one of the oldest and most demanding perfumes in America.

Giorgi Machabeli  was born in Tbilisi in 1885, Georgia, he was educated in the Tiflis College of Nobles and later in the Royal Academy at Berlin. After graduating from the Academy, Giorgi Machabeli worked throughout the world – sometimes as a sailor, sometimes a driver and a courier. Despite a wide range of interests, Machabeli was actively involved in political processes and since May 26 of 1918, after the state of Georgia was restored as a democratic republic, Giorgi Machabeli was the first secretary of the Embassy of Georgia in Italy,where he lived with his wife – the famous Italian actor – Norina Gilli.

Machabeli was a member of the noble family of Machabeli and a nephew of the writer Ivane Machabeli. He was one of the founding members of the Committee of Independent Georgia organized in Berlin in 1914. The Committee intended to garner the German support for Georgia’s struggle for independence from the Russian Empire.

In 1922 Giorgi Machabeli  moved to the United States. He opened a small antique shop called “The Red and the Black”. Here the husband and wife sold antiques of all sorts: Persian rugs, furniture, Italian and Spanish brocade textiles, antique jewels, etc. However, later, when Giorgi Machabeli created his first perfume, named after his wife, Princess Norina, the perfumes outsold the antiques and Matchabeli grew.

In 1926, Machabeli founded the perfume line “Prince Matchabeli” in New York, “I’m creating a perfume for America and its Parisian prices have never been so acceptable here, but in fact, I’ve been in the field of chemistry whole life and was creating perfume, but only for my own pleasure. The demand for them was so great that I decided to turn it into business (Giorgi Machabeli, 1928).

Machabeli often came to the attention of the media. In 1930, The New-Yorker wrote that Giorgi Machabeli had a habit of being modest to women and if he noticed that any woman used inappropriate fragrance he sent one of his products to her. In the future, if he again  noticed that any of them still used the old fragrance, he told her jokingly- “You did not devote to me.”

Despite successful business activities, Machabeli actively continued his public activity and was one of the first initiators of the establishment of the Georgian Association in the United States, as it was known that Machabeli provided financial support not only to the  Association, but to all the needy Georgians in America. Giorgi Machabeli died of inflammation in 1931, shortly afterwards, his perfumery house was handed over to a private person, then to the “Vicks Chemical Company.” However, it is noteworthy that the last product of the Perfumer’s home was released in 2002 and its name is Prince Machabeli even on the modern market.