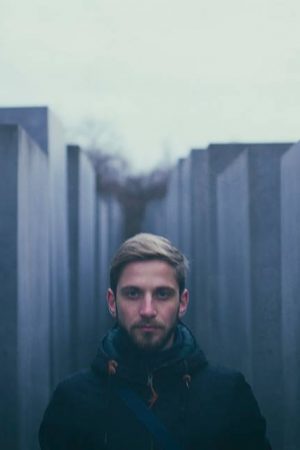 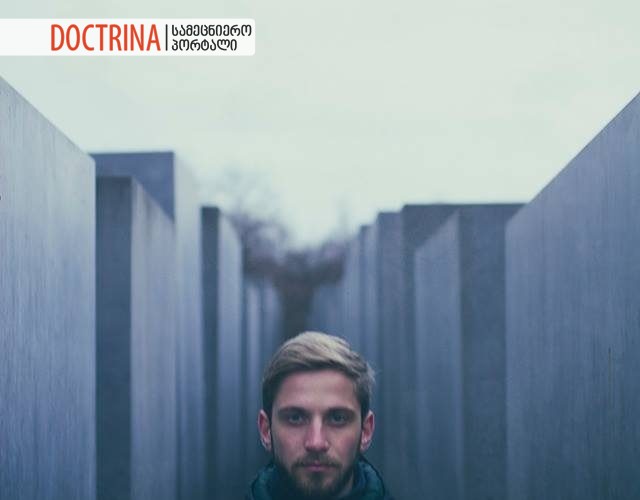 National architecture is a co-harmony, symphony and co-sound, which exists between the human hand made and not of human made. Home is a space, which is organized specifically; each human being reasonably or irrationally attempts to adjust this space on his/her lifestyle and tradition. Folk architecture is an image of the country and its culture, which is mostly created by the unknown architect and bears signs of folk usages. Each nation has own typical traditional housing. Such various dwellings share similarities and differences in terms of functional or constructional type, décor or other signs.

People can feel safe and secure and chill from outer world only at home, therefore the paper discusses peculiarities of traditional Japanese house (Minka) and Georgian house (Oda).

System: of Japanese (Minka) house as a rule was delineated with fence and gate, size and decoration of which spoke about the status of its owner. Generally, the plan of the house was right angled, single storey, its structure was frame typed as this term has been adopted and constituted seismic sustainable structure (see Figure 1).

The ground level was lifted to 0.6 – 0.7 cm, which was dictated by the Japanese bioclimatic status quo – humidity and seismic zone. (see Figure 2).

Partition walls: Walls, diverted to street, were blank, static and immovable, whereas walls, constructed over the internal courtyard always used to be movable. Moving walls – (Amado) – have been made of thick wooden pieces, which enabled the owners to dismantle them during the warm seasons of the year. Rooms were divided from each other via inner moving walls – (Fusuma). Traditional Japanese dwellings house less furniture as per the principle of (Vabi). The best homes usually included low table and bookshelves in the guest room, also niche – (Tokonoma), which constituted esthetic center of the entire house.

System: of Georgian (Oda) house is widely spread in the western part of Georgia. With its planning and spatial-size type, these houses are distinct and diverse. Three indigenous types of (Oda house) Which reached the peak of its development in the thirteenth and fourteenth centuries may be outlines below.

I – Long shaped single room dwelling, which merges with the balcony from the one side and is covered with double-inclined roof on top (see Figure 3).

II – Characterized with one, two, and three or in rare instances, four-room chain, with the balcony all along this room chain (see Figure 4).

III – Double winged location of rooms with balconies on both sides. Planning is square shaped and all these are covered with quadruple-inclined roof on top. The phases of space development may be observed here, also inside organization of the dwelling is being complicated; the key idea of this alteration is separating guest reception room from the dining room and designating it as a main room; sleeping room has also been split and small storage balcony was separated from it (see Figure5).

Such dwellings in Imereti, Guria, Samegrelo, Adjara and Abkhazia[1] have own very specific characteristic signs. These regions are characterized with high level of precipitation and humidity, which influenced frame type design of the dwellings. Houses in these regions used to be erected on wooden or stone pillars, height of which varied from 0.5 m. to 2.5 m. (see Figure 6)

In almost all types of (Oda Houses) plan is attached to the façade solution. Cutting sections of doors and windows very frequently are lined up in the following order:

Partition walls: Like in Japan, folding bulkheads are met in Georgia too, some (Oda Houses) have assembling bulkheads, which fuse two or three bordering rooms and create single unified space.

Balcony: In Japanese dwelling traditional (Engava) is met here. This is an open gallery, which lines up across the external perimeter of the building and is covered by the roof of the house.

Engava constitutes multi-functional space, sort of outer corridor (see Figure 7), which connects all the rooms and protects the house from the rain, snow and summer heat. It also may well be used as reception place for guests, however, in case of Samurais, Engava used to be the place, where bodyguards had to patrol as to keep the family calm and quiet.

The major function of Engava was to attain the role of transitional space among internal and external universes. Roof and moving shutters (Shijhi) make Engava part of the interior, whereas its open space links Engava to the outer world. Engava was easily accessible from the rooms; Engava bonded interior and exterior, that’s exactly called transitional space (See figure 8)

Balcony: In Oda house light of characteristics of traditional dwellings and so called transitional space concept, similarities with the traditional Georgian architecture may be well observed in this type of dwelling, which has been met from ancient time and is still existent even nowadays. So called “transitional space” with different variations is met in Oda houses of western Georgian regions (see Figure 9).

The type and style of the balcony points out multi functionality of the family life, in which Georgian traditions and hospitality play crucial part, guests are warmly welcome and hosted on the balcony. The veranda creates architectural image of the Georgian dwelling, which also includes transitional space. In this regard, balcony of the Oda House bears the huge artificial-esthetic and psycho-emotional importance, which is also met in Japanese transitional space (Engava).

Yards: Well-known “dwarf gardens” of Japanese homes are derived from Japanese tradition and religion. The space opens from the outset of the gate, the dwelling building stands deep inside the space and the road to the house is paved through the various types of courtyards, which provide individual images of intermediate space (see Figure 10).

The Japanese term for garden is “niwa”, meaning a sacred space. Belief in the sacredness of the landscape began as the ancient fear of natural phenomena but evolved into the perception that all living things are interconnected, spiritually and metaphysically.

Yards: In western Georgia is divided in two parts, front yards covered with grass are entrance space for Oda Houses. When the guest enters the yard, he/she already finds him/herself in the dwelling of the host and gets certain impressions.

Grass yard assigns the function of transitional space, in which the host welcomes the guest. Under the shadows of walnut or oak tree, the host offers to the guest starters such as: dried fruit, nuts, fruits, alcohol and arranges so called “aperitif” which lasts unless the housewife prepares the table for dinner. The yard behind the house is a space for farm buildings and vegetable gardens (see Figure12).

View: From Japanese dwellings according to the above described design of Minka houses, they have overview on the internal courtyard with esplanade e.g. over the projection of own micro universe. With a blank surrounding wall the Japanese person estranges him/herself from the real environment and shifts to the own virtual universe.

The view of the garden when the movable exterior screens (shoji) that make up much of the outer walls are pushed aside or removed is an aesthetic experience. The open plan of residential interiors is arranged for maximum viewing of the garden from the interior, so that an occupant can contemplate the garden from a seated position at a level slightly higher than the ground – a view with a pleasant psychological and aesthetic effects (see Figure 14).

The spatial connection between house and garden depends upon shoji screens to open the house to the garden or close it off. The elevated floor of the room is continuous with bamboo flooring of the narrow veranda. A deep overhang shelters the veranda and the interior. The garden “borrows” its distant view from neighbors.

View: from Georgian dwellings it should be emphasized that despite the house orientation, people of Imereti nevertheless opens it towards the view. Generally, the view over the outer space – nature – takes precedence for Georgians. In this particular circumstance, the Oda House has overview on all possible views towards all four directions. The house is bonded to the outer space, is hospitable and yet integrated to the nature. Its courtyard is a mystic reflection of the entire universe and these two are in a symphonic harmony to each other (see figure 15).

Resemblance between Japanese and Georgian traditional houses is indeed expressed. One more similarities affecting traditional architecture in both countries, is the lifestyle of the people and natural and weather conditions. For instance, in case of both traditional dwellings, the ground level is lifted above.

Based on syncretistic research the average lifting index of ground level of Oda House is 0.8-0.9 cm, which is dictated by the bio climate met in the region, which is also interesting to compare to the construction and size of the Japanese dwellings.

In Kourokawa’s architectural theory, the main idea behind the metamorphosis – change and transformation – is linked to the transitional (intermediate) space and ambiguity. He stresses that due to transitional zones, metamorphosis became possible in the architecture. In His recent productions, Kourokawa challenges to create such an architectural space, which would be in compliance with the Japanese viewpoint. Japanese space concept has never been characterized with clear demarcation lines, the spaces of interior and exterior have not been delimitated. The clear example of this approach is typology of Japanese house, which has open front space.

While producing contemporary Georgian architecture, it should preserve that very spirit and importance, which have been integral part of traditional Georgian architecture. Namely: specific space, detail or something mystic which is embedded in the space and cannot be expressed verbally or visually.

[4] Meparishvili, N. (2016). Traditional Homes of Georgia: The Reason to be Proud. Smithsonian Center for Folklife and Cultural Heritage.

Master of Urban and Spatial Planning