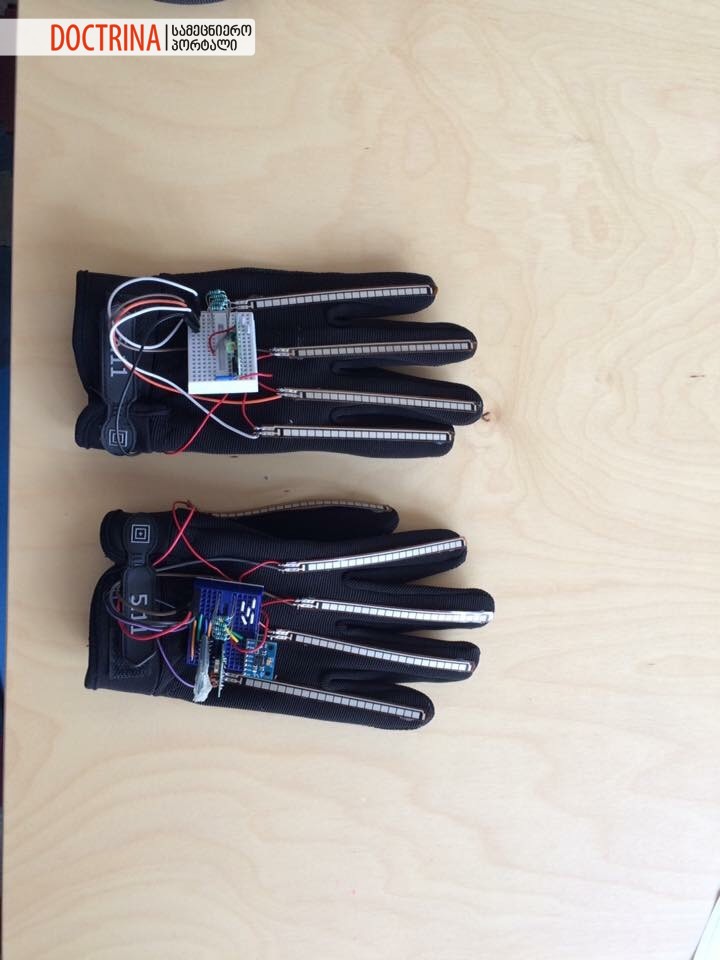 Georgian young inventors have designed a glove that improves the lives of people with hearing and speech disorders.

The device helps individuals to communicate and integrate with the public. This is a program that will know the language of gestures, accordingly, it will translate the gesture made by the glove, while the speaker will voice the sentence.

“There is the only school for hearing impaired children nearby us. We often noticed that the children talked only to each other and did not actually have contact with the public, because very few people know the sign language today. From this we got an idea, we wanted to invent a device that would help them to start communication with any person and we decided to design the gesture language translator gloves. We think this will greatly simplify their lives,” – said Beka Babunashvili.

“The glove sensors perceive user’s hand movements, translate, and then a speaker voices it. All this happens simultaneously and there is not any discomfort in conversation. The glove is very convenient and is useful in every situation. Of course, over time we will make it more and more comfortable and easy, ” – he added.

Hearing impairment can hamper a person’s intellectual development. People who have been cut off from the outside world are not able to socialize. In order the people with hearing and speech disorders to feel better about themselves, it is necessary that people around them to learn the language of gestures, which is quite difficult. Sign & Sound is an invention to benefit the public. After the development, improvement and establishment of the special glove, this problem will be solved and people with disabilities will be able to communicate with the public.

“We have been working for three months and the first month was too difficult because people with hearing disorders are not paid enough attention in Georgia. They do not have access to the Internet, to social networks, many of them are illiterate, and so they find it difficult to integrate into society. The only way to communicate with them is the language of gestures. In the future, hopefully, our idea will completely correct this situation,” – one of the members of the team Giorgi Bestavashvili said.

The team has only created the glove prototype. In the future, they are planning to obtain funding for the production of gloves.