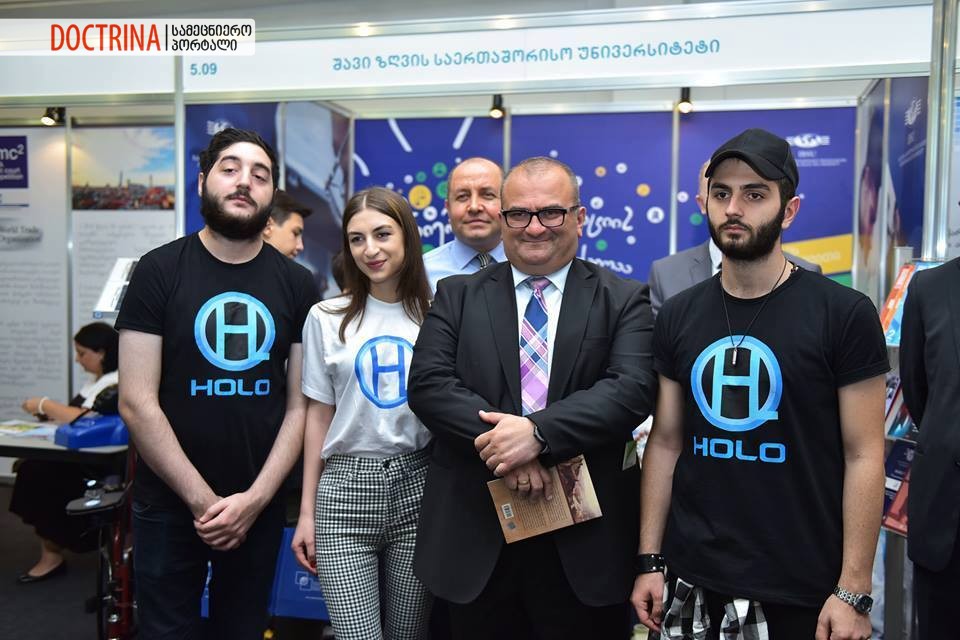 Tbilisi hosted ImagineCup DEMO day, organized by ,,Microsoft”, on April 8. Holo is one of the participant teams of the event that creates a completely innovative product for advertising services. “Doctrina” has interviewed one of the authors of the idea Sandro Javakhishvili, who talked about the start-up.

The team consists of three members. 19-year-old Sandro Javakhishvili and 20 year-old Nika Berekashvili are school friends while 19-year-old Shota Batsashvili, the student of Business Administration at the University of Georgia, .is a new member of the team.

The team is planning to introduce a new type of outdoor advertising system on the Georgian market that will enable the company to advertise the products and services more efficiently using holograms (spatial imagery), i.e.  “Holo” is a company that transforms any graphic visuals into a spatial image by creating a device. See the video:

The idea came to Sandro and Nika about a year ago. However, the team members had to overcome a lot of obstacles up to now.

“The greatest problem facing us during this year was –   distrust. Sometimes they did not distrust us due to our age. There were moments when we faced a traditional Georgian attitude – the fear of novelty, risk and so on. The Georgian start-up environment gives startupers possibility to implement their idea, if an author believes in the idea and does not want to yield up,” – Sandro Javakhishvili said during the interview.

As for the future plans, the team members have a great desire to introduce the holograms not only in the Georgian advertising market but to develop the technology and introduce it in other fields, too.

“At this stage the hologram is a trending field for the world and it is being developed. We want to contribute to this development with the relevant efforts and we are confident that we will succeed,” Sandro said.