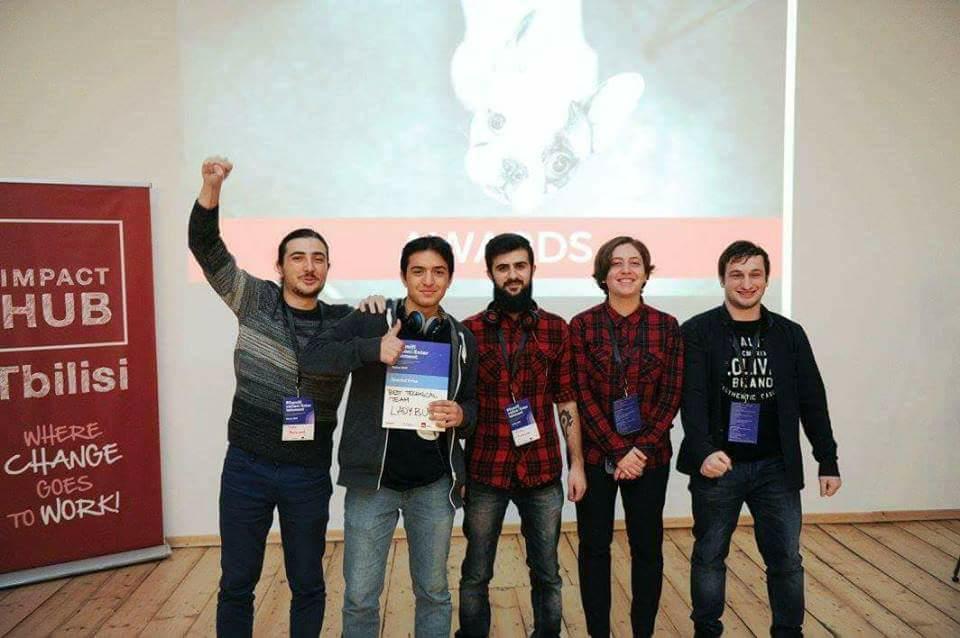 The hackathone ,,Gemification&Entertainment”, orginized by Garage48, ended on December 11. Within the frameworks of the event up to 100 participants with the help of Estonian mentors performed own innovative ideas during 48 hours.

The team of the company ARX, staffed by several members, has become the best technical team of the project. In a very short period of time the team members managed to create a sophisticated application called “Ladybug”, which will help users to locate valuable objects when lost.

One of the authors of the idea Nika Devashvili discussed the new application with “Doctrina” .

Ladybug – the application by Georgian young inventors will help people to find their lost objects. This is the system, where any person is able to take pictures of various items (for example a card, a phone, a wallet, a watch and so on) and upload them to the mentioned application, and then the app uses the algorithms of the computer to memorize them and, if any object is lost, and even a completely unknown person finds it, the founder will just need to look at the item with the app camera and contact to its owner immediately.

The application has one more function  of „Pokemon GO“ type, where the people, who have lost their items, are able to indicate approximate place, where the object was lost and to impose any promotional present for those, who will find the lost item. “If any user has lost a memory card with the important files, he\she can put on the map the place, where his/her item was lost and impose, for example, a certain cash prize for the founder. Those people who have free time and are close to the location can start searching for the lost item and the one, who finds the item first will be presented by the owner and will be awarded a new rank in our application,” – Nika explained.

In addition, for example, if you find a lost card, you can see how the cardholder actually looks and can easily connect to him/her through chat.

The author of “Ladybug” is the company “ARX” which consists of 5 members, among them are university and school students. Young people have earned the title of the best technical team in the hackathon, since the mentor and jury consider that it is almost impossible to create a similar product within 48 hours , but the youngsters have successfully completed the challenge and the application created by them will be available from February 10  on the App Store for iOS and Android devices.