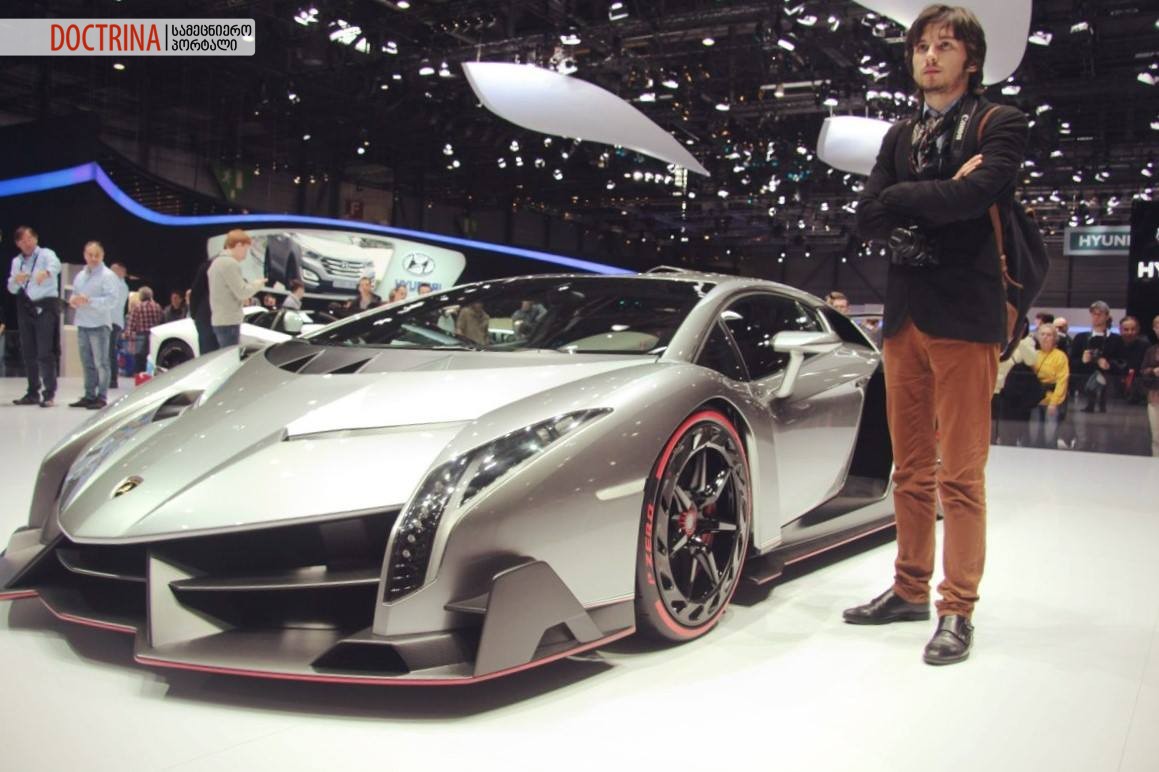 Alex Imnadze is a 27-year-old designer who works mainly in Italy. He develops car designs and has already cooperated with well-known companies.

Alex likes painting since childhood, his notebooks’ papers were filled with cars and robots during his school days, simultaneously, he began to show an interest in computer games and began studying their technical parameters at the age of 12, and at the age of 15-16, Alex was well-aware in this field.

Later, a 10th grade student was able to work on one of the projects of Massimiliano Fuksas, who is a well-known Italian architect. It is notable, that some buildings in Tbilisi, including Rike, Opera House and the House of Justice, are designed by Massimiliano Fuksas.

Alex wanted to join the Tbilisi State Academy of Arts after he finished school, but due to a busy schedule, he could not prepare properly. Later he continued his studies at the Georgian-European Higher Education Institution, where he was able to go to Rome through an exchange program. In Italy, he took part in the international competition and won 100% funding at the Turin Design University (IED Istituto Europe Design di Torino), which has been named the world’s fourth best university in terms of car design.

Alex’s diploma work was presented at many Italian design exhibitions and auto shows, including Milan’s Design Week, as well as at the Italian Motor Museum, at the exhibition, dedicated to the 25th anniversary of his faculty.

Italian design house Bertone, one of the oldest design houses around the world that has been operating since 1912, was the first company that showed interest in Alex.  He has had proposals from several companies, including “Alfa Romeo”, “Maserati”, “Ford Motorcompany”.

However, it is noteworthy that apart from the car design, Alex works on the design of men’s accessories and his collection includes a comfortable bag for architects.

Currently, a talented young man has become noticeable for foreign media. International magazines, including “GQ Magazine’’, ,,TopGear’’ and  ,,Autobuild”, often write about him.

The design industry is both the hobby and the livelihood for Alex, however, he has other hobbies, too, including photography, which helps him to study the art of better understanding and perception of the composition of light and shade. According to the young designer, for a long time, he had been found interesting foreshortening under the studio lighting condition and even though he used to mostly work in 3D applications.  All this was quite helpful for him, because everything in the virtual world is subject to the same laws as in reality.

Currently, there is a turning point of Alex’s time because he wants to start his own business, but in parallel he has serious suggestions.

He spends most of his time in Georgia. However, there was time, when he was able to arrive in the mother country just for a few months during some years.

It is a sad fact for Alex that he does not see the possibility of realizing 100% of his knowledge in his own country, but he calls on beginning designers to labor without stint. According to him, this is the best way to achieve success.