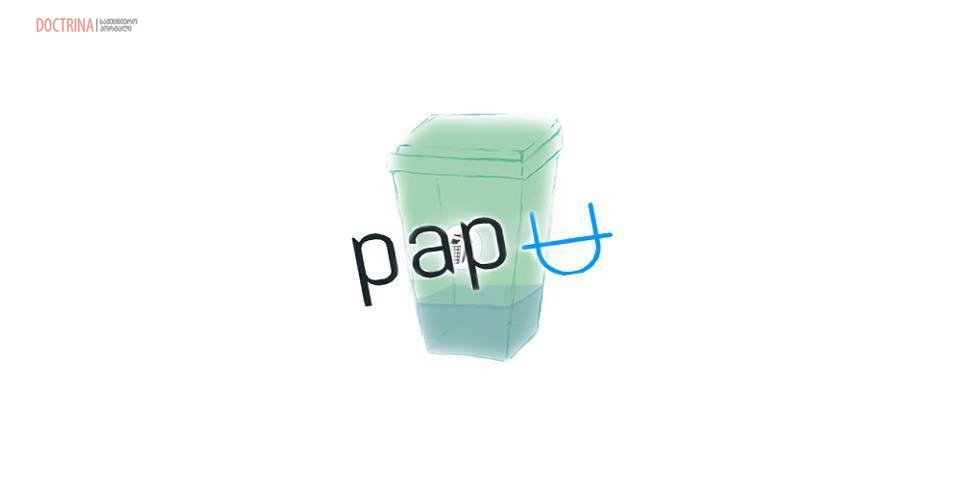 “PAPU“  is yet another interesting project that was introduced within the frames of the Makeathon Your Startup Idea in Reality held  by Ilia State University (ISU) and Industrial Innovations Laboratory (FabLab Iliauni).

PAPU is a small-sized touch screen device that can help municipalities to reduce their spending and save money.

“Doctrina” has interviewed one of the authors of the idea – Medea Tlashidze, who told us about the new invention details.

Medea told us that the idea came to them due to the actual problem facing cities. “The problem we are facing every day is traffic jam caused by garbage cars. We have found that 70 % of the trash cars return back empty from their routes. Accordingly extra resources are spent. We wanted to solve this problem and to create the optimal waste disposal plan with lower costs. We want to live in a modern city, and we believe that solving such problems will be very important, “- she said.

PAPU is the device that can be attached to any kind of waste bins. It sends information through GSM module about the waste level in litter bins then, through the program, the optimal routes are drawn for garbage trucks.

The device determines three levels in the bins – full, medium and empty. Therefore, if this invention is implemented, trash cars will cause less traffic jam then, when the trash bins are empty.

Currently, the young inventors are working on a prototyping with the help of Zoomout”- Preaccelerator of Ilia State University and Industrial Innovations Laboratory (FabLab Iliauni).

On February 21 they participated in Startup Battle competition and introduced their invention to the Ukrainian investors. PAPU was presented at Wolves Summit, an international networking conference that took place in Warsaw, Poland on 28-29 March 2017. The summit participants from around the world included 350 startups.