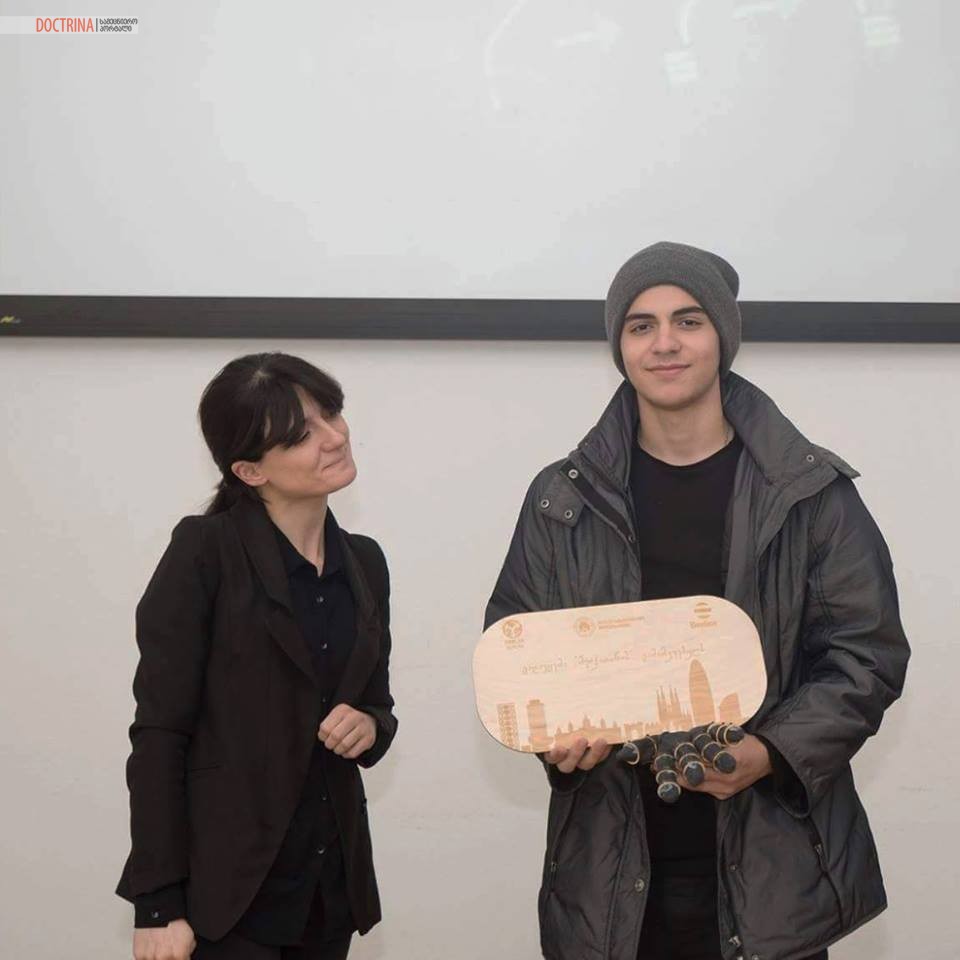 A Glove declared a winning project at the Makeathon competition – “Your Start-up Idea in Reality” – held in November, 2016.  The Glove helps the patients, who have had a stroke, in rehabilitation process.

The authors of the project are two young brothers – Giorgi and Dimitri Tskhovrebadzes. 19 year old Dimitri Tskhovrebadze is a student of the department of Electrical Engineering and Computer Science at the Massachusetts Institute of Technology (MIT), as for the younger brother, Giorgi, who is going to turn 18 soon, he is a student of school of Mathematics and Computer Sciences (MACs) at the Free University, Tbilisi, Georgia.

Mr. Giorgi Tskhovrebadze has told “Doctrina” that the new Glove idea was generated just when the Makeathon competition was taking place at the Ilia State University of Georgia (Iliauni).  Then the brothers elaborated the idea, which was approved by the jury.

The new device is designed for people who need stroke rehabilitation. According to statistics, 15 million people suffer stroke worldwide each year. Generally, people who have stroke lose their ability move. It takes several months to restore the moving ability, and the treatment process requires huge financial resources (more than USD 10,000).  The cost of the Glove, developed by the Georgian inventors, does not exceed USD 150.

How does the new Glove work? – A patient puts a glove on her/his damage hand and performs funny, simulation-based tasks. Sensors perceive the movement and tries to make the Glove to perform the same action, as a result, the Glove helps the damaged hand repeating the same movement.  Finally, the patient moves both hands in the same way, while brain starts restoring functionality and the movement ability is improved.

The winners attended the world congress of mobile technologies held in Spain in February of 2017.  They were fully funded.  ‘We have just been named among the ten best teams at the “Jacobs International Startup Competition” and in late March we’ll present our project in Germany, where a final stage of the competition is due to take place,” –  Giorgi Tskhovrebadze said in his interview with “Doctrina”.

So far, the prototype of the glove is being manufactured.  Afterwards, the device will be used in the treatment process and will undergo a special observation at the various hospitals.