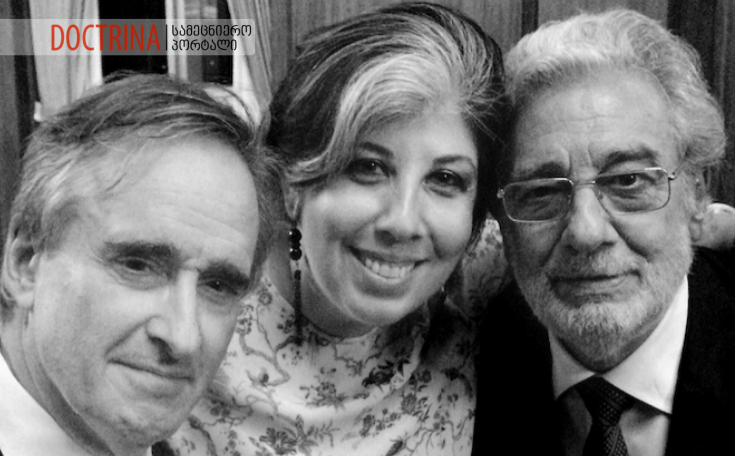 Nino and Tamar Sanikidze are two sisters working in the U.S., who are the successful musicians.

Nino and Tamar Sanikidze have been living in the U.S. for 25 years. The sisters earned their master’s degrees from the University of Iowa and their doctorates in music from the University of Maryland.  Tamar is the concertmaster of the world’s most famous operas, and Nino is the pianist of the Los Angeles Opera House.

Since 2006, the Sanikidzes lead the annual international competition Plácido Domingo’s Operalia in Los Angeles. The famous tenor met Nino Sanikidze at the Washington Opera and was so fascinated by her that she was hired as one of the pianists in his program.

Tamar has been working in California since 2015 and is the director of the Butler Music Center. She has also given a concert at the White House in Washington, D.C., and often plays at Carnegie Hall. Tamar, together with the world’s famous musicians, participates in competitions, concerts and masterclasses. At the same time, she delivers lectures at the University of Maryland.

Nino conducts masterclasses at the University of Kansas. The sisters want to hold a joint concert in Georgia. Foreign media often reports about their successful activities.